This calendar is updated regularly, so please check back often. Get in touch you have an event to share with us: 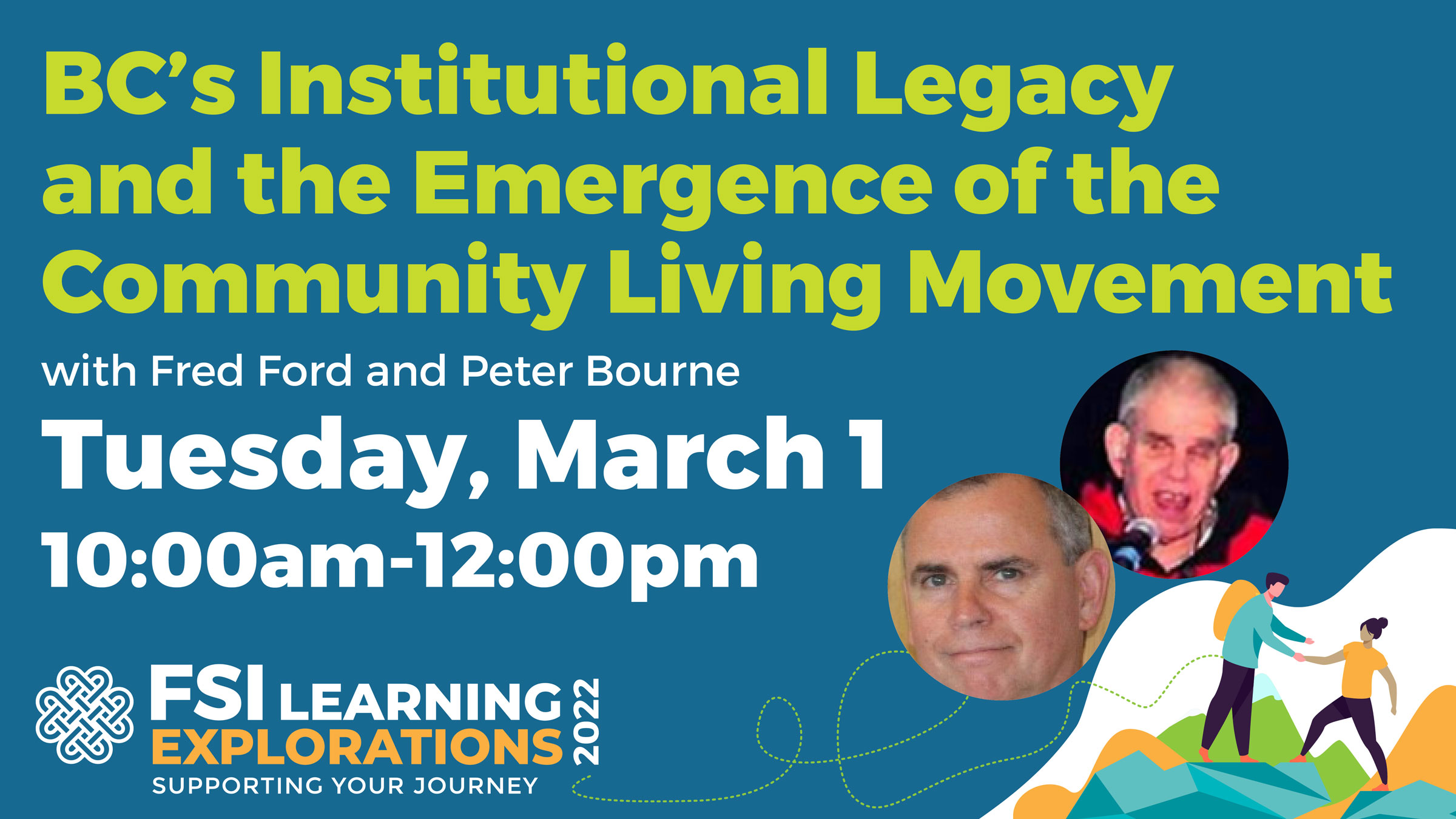 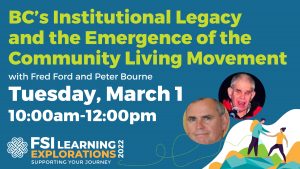 Join Fred Ford and Peter Bourne on March 1st at 10am.

SESSION INFO: Current services and supports for people with an intellectual disability have emerged from a long and complicated history of fear and oppression, charitable beliefs, pseudo-science, human rights and economic priorities that date back hundreds and even thousands of years. Beginning almost 200 years ago, across Canada, and later in British Columbia, the institutional model was originally considered a progressive and compassionate response to meeting the needs of people with disabilities. Despite the failure of institutions in meeting people’s needs, the model has persisted, and people continue to be institutionalized in several provinces. The closure of large institutions in BC in the 1990s was achieved through the perseverance and sustained advocacy organized by family members, service providers, allies in government and especially, people with disabilities themselves. Continuing our conversations about the history, values, and beliefs that guide the movement is vital to sustaining ourselves – and the vision of community living for all.

This two-hour session explores the roots and history of institutionalization of people with disabilities and the emergence of the community living movement in BC and Canada and the perspectives of survivor-activists who have fought and continue to fight for justice for people forced to live in institutions, past and present.

Peter Bourne  is a singer and disability rights activist. A survivor of life in institutions in BC and Nova Scotia and recipient of the Council of Canadians with Disabilities Award, Peter is an outspoken supporter of the right of all people to live in the community. Peter is a member of the PFC CACL Task Force on the Right to Live in the Community.

Fred Ford   has been involved in research and many projects related to institutions in BC and Canada. Fred is a member of the Task Force on the Right to Live in the Community and co-founded the BC Coalition to End Youth Homelessness. He is currently the Director of Regional Operations for CLBC’s Vancouver Island Region.

« Back to all events

GET UPDATES FROM FSI

FSI Staff
Board of Directors