This calendar is updated regularly, so please check back often. Get it touch if you have an event to share with us 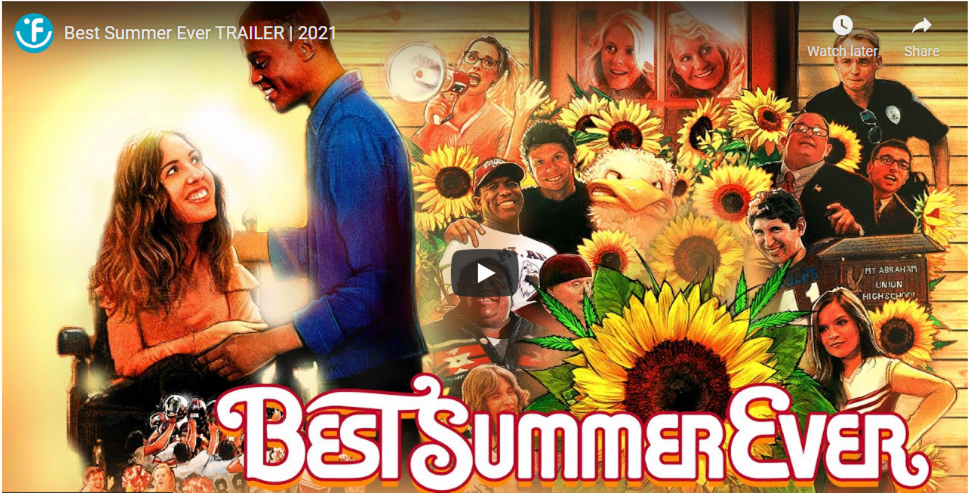 Sage and Anthony have had the “Best Summer Ever” after falling in love at a dance camp in Vermont. Not expecting to see each other again until the following summer, Sage, by a twist of fate, arrives unexpectedly at the same high school as Anthony. Now faced with the drama of high school cliques, an evil cheerleader, and the illegal secret that keeps Sage’s family on the move, they are forced to reevaluate their relationship as Tony struggles to be both the high school football star and the dancer he’s always wanted to be.

Best Summer Ever is an exhilarating take on the beloved teen musical genre featuring eight original songs and a fully integrated cast and crew of people with and without disabilities.

Join us for an afternoon of movie magic where we’ll be watching Best Summer Ever and chatting with folks from the film.

For this event, you’ll need a phone, tablet or laptop and the zoom app.

GET UPDATES FROM FSI